With oral arguments taking place this week in the gay marriage cases currently before the Supreme Court, I thought it interesting that much of the coverage in the media over the last few days related to high-profile amicus briefs submitted on behalf of gay-marriage advocates.[1] 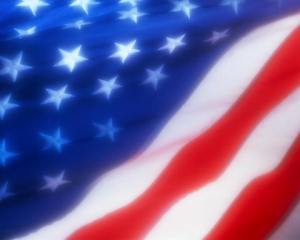 The two briefs that garnered the most attention were the one filed by two NFL players, Brendon Ayanbadejo and the outspoken Chris Kluwe, and the other filed by a group of major American companies, including Facebook and Apple.

I find the nature of these briefs, and the media coverage of same, somewhat problematic.  The language used underscored the sad disconnect between the common understanding of constitutional law and the proper one.  And that disconnect is reinforced by a media that buys into the idea of a malleable Constitution shifting in tandem with elite opinion.

My problem with the briefs isn’t related to the fact that these parties advocate a position in favor of gay marriage.  No, the problem is the unmistakable point in each brief that blurs the line between constitutional, legal arguments and legislative, ideological arguments.

The briefs argue, implicitly or not, that the Constitution requires a sort of hybrid libertarianism/liberalism over and above what is actually spelled out in the document.  These principles—like ones cited by conservatives in other contexts—are nowhere to be found in the Constitution, for better or worse.  There is also much discussion in the briefs of, say, the influence that athletes and sports have over public perceptions, or how gay marriage would be good for business and workplace morale were it constitutionally required to be legal in every jurisdiction.

Put simply, these arguments should be irrelevant.  Even if true.

I should clarify that: Those arguments are entirely relevant at a legislative hearing on gay marriage, or in an issues debate between candidates, or in an advocacy rally.

However—and this is the crucial point—the question of whether something is unconstitutional does not (or at least should not) depend on normative arguments.  Those arguments are contextually appropriate in a debate over whether to pass a law related to a given issue, but not in the narrow context of whether an existing law violates the Constitution.  And that’s the point that most Americans—even smart ones—choose not to grasp.

To use a much different example, there are many sound reasons why banning the burning of the American flag might be a good idea.  It shows respect for the country.  It creates a “special” national symbol that unites us.  It helps improve morale and pride in our nation.  All of those are valid rationales for such a law.

Except for the little detail that such a law is unconstitutional.

The point is that those are two entirely different questions.  And we seem to have forgotten that.

I’ve spent most of my adult life trying to articulate that hugely important distinction, but fewer and fewer people either accept that premise or care enough to pay attention one way or the other.  It is always easier to believe that whatever issues stir the most powerful emotions and arguments must rise to the level of a constitutional question, even though that is not the case.

And, so, we accept the child’s version of the Constitution: As long as we aren’t directly “hurting” anyone else, we have a constitutional right to do whatever we wish, and, furthermore, if we believe an idea to be really, really important, then that emotion transforms the idea into a “constitutional right.”

These philosophical debates are not new.  Justice Holmes’ sentiments in Lochner, or Justice Stewart’s in Griswold echo current debates over judicial interpretation.  The difference is that the modern media takes it as a given that the Constitution mandates certain ideological precepts.

This wouldn’t be a problem were it not for the fact that several members of the Supreme Court, some current and some long dead, and all with far better legal credentials than mine, accepted that intellectually questionable premise, particularly the latter point.

Advocates might say, “But the world is changing, and the Court must change with it.”  Quite the contrary.  The judicial branch is not designed to be responsive to societal changes.  The legislature certainly is, as is, to a lesser extent, the executive branch.

As I’ve said before, this is how democracy is supposed to work.

But advocates will also say, “But what if, even after most of the country embraces the new, enlightened policy, people in a minority of jurisdictions won’t accept it?”  To that, I say:

2. If you can’t persuade them, then pass an amendment to the Constitution.

Over the next couple of weeks, media members who are schooled (or choose to believe) in only the child’s version of the Constitution will cover the oral arguments in the gay marriage cases.  They will subtly (or not-so-subtly) advocate on behalf of the idea that the Fourteenth Amendment requires recognition of a right to gay marriage.  They will demonize the justices they don’t like.  They will openly mock the Court if it decides these cases on narrower grounds.

The child’s Constitution is tempting, even seductive, but it undermines and weakens the foundations of our system of government.

A policy may be beneficial without being in any way constitutionally required.  Capitalism, for example.  A policy may be detrimental but be required by the Constitution.  If you don’t believe that, simply ask a gun control advocate what he thinks of the Second Amendment.

I can’t state it any better than Justice Holmes did in his Lochner dissent:

The Fourteenth Amendment does not enact Mr. Herbert Spencer’s Social Statics . . . [A] constitution is not intended to embody a particular economic theory, whether of paternalism and the organic relation of the citizen to the State or oflaissez faire.  It is made for people of fundamentally differing views, and the accident of our finding certain opinions natural and familiar or novel and even shocking ought not to conclude our judgment upon the question whether statutes embodying them conflict with the Constitution of the United States.

In short, a law may be a good idea.  It may even be a great idea.  But that does not necessarily mean that the Constitution requires it.[3]

[1] Unsurprisingly, there was little coverage on the other side, or at least none that I saw in my usual round-up of media sources.

[2] I would argue that the entire line of cases going back to Griswold that led us to this moment are wrongly decided, and there is no constitutional right to marriage for anyone.  In other words, a state need not have secular “marriages” at all.  Furthermore, the EPC was certainly never intended to treat categories other than race or national origin as relevant to its provisions.  But, of course, that is not the prevailing view.

3 Responses to The Child’s Constitution