Untimely Movie Review: Gone with the Wind and The Wizard of Oz

One of the more interesting bits of classic film trivia is that not only did Gone with the Wind and The Wizard of Oz reach theaters in the same year (1939), but they were actually directed by the same man: Victor Fleming.

Those two facts aside, these films have very little in common.

I watched both recently as I happily slog my way through the Warner Brothers 50 Film Collection. 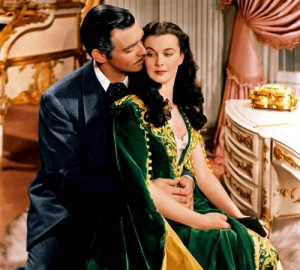 I first saw Gone with the Wind as a child.  All of my elementary school classmates and I sat on the inexplicably-carpeted gym floor and spent the better part of a day watching the film.  Just about the only thing I remembered about that experience was being amazed at how long the film is.  Indeed, even as an adult, Gone with the Wind’s 238-minute(!!!) length is astounding.

Yet, with so much time at its disposal, Gone with the Wind still manages to seem incredibly rushed at certain points.  It’s a problem that plagues many films that draw upon novels as source material.  To wit: Scarlett gets pregnant, gives birth to her daughter, and that daughter dies at age four or five, all within what seems like 20 minutes.

There are also some, uh, anachronisms.  For one thing, a drunken and fed-up Rhett basically rapes Scarlett at one point, but Scarlett seems grateful after the fact.  Then there is a bit of awkwardness when dealing with the black characters, which is understandable for a movie from the 1930s that deals with the Civil War.  One of these characters (Prissy) is referred to by Rhett as a “simple-minded darkie.”

Anyone who has read this blog for any length of time knows that such things don’t bother me, but they might be jarring to other modern viewers, especially naive or overly-sensitive viewers.  Keep in mind that the span of time between the end of the Civil War and the release of Gone with the Wind is now shorter than the time between the release of the film and today.

Two things save Gone with the Wind.  First, the sets and costumes are amazing by the standards of any era.  Secondly, the two leads’ star power and charisma are likewise transcendent.

In a time when filmmakers weren’t particularly concerned with even getting accents right, the beautiful Vivien Leigh nails Southern belle Scarlett O’Hara, a role for which she won the Academy Award for Best Actress.  Clark Gable also got a well-deserved nomination for  his portrayal of Rhett Butler.  They take characters who are flawed, not-so-great people and make them effective protagonists.  Both of them are terrific, even when the script feels stilted, or like the compressed novel that it is.

On the other hand, with The Wizard of Oz, I was expecting to be disappointed in a movie that I (like most of us) had watched on a yearly basis as a child.

I was more than pleasantly surprised. 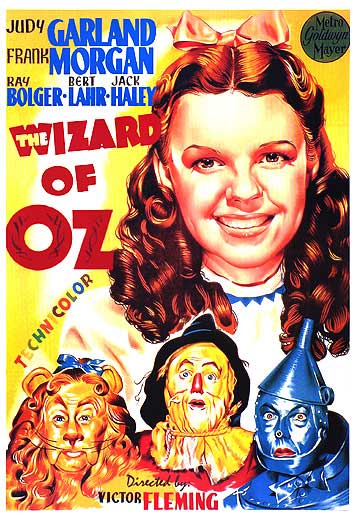 Despite the fact that the movie is definitely kid-friendly, and is also a quasi-musical (not my cup of tea), The Wizard of Oz executes perfectly what it sets out to do.  The sets and makeup are remarkable.  Watching it today, I marvel at just how much hard work it must have been to create that movie in the late 1930s.

The performances are broad, but appropriately so.  The pacing of the story is also vastly superior to that of Gone with the Wind.  Whereas Gone with the Wind feels simultaneously too long and too rushed, The Wizard of Oz moves the story at an eventful, steady pace and clocks in at a tight 112 minutes (that feels like much less).

Everyone in Wizard of Oz “fits” like a puzzle piece.  Of particular note is Judy Garland, who was only 17 when the movie was filmed.  This is remarkable on two fronts: One, Garland shows a precocious ability as an actress and as a singer, and it’s hard to believe she’s as polished as she is at such a young age.  Two, Garland was actually playing a twelve-year-old.  She won a special “juvenile” Academy Award for her Dorothy.

There was nothing close to a battle at the box office, however.  “Slaughter” would be more appropriate: The Wizard of Oz did ok, but not well, making a slight profit over its $2.7-million budget.  Gone with the Wind, on the other hand, is still the highest-grossing film of all-time when adjusting for inflation—and it’s really not even close.

In the end, though, Wizard of Oz is a movie worth revisiting.  Gone with the Wind is a film that anyone who considers himself a film buff must see once.  Despite the acclaim, however, once may be enough.

4 Responses to Untimely Movie Review: Gone with the Wind and The Wizard of Oz