Last night provided us with one of those rare glimpses at unfolding history with the full understanding of its significance as it happened.  The gleefulness of some of the responses were mildly troubling to me, as were the quickly- 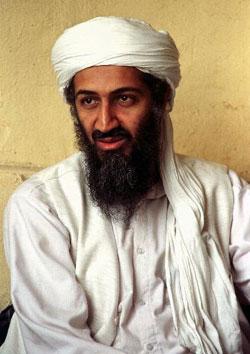 fatigued memes involving Waldo, Donald Trump death certificate demands (get it?!?), and various numbers of awaiting virgins (or not).  I’m simply not entirely comfortable celebrating a death, even a death that I myself agree was for the best and needed to happen.

I also noticed the usual strange lack of historical perspective by those of us living presently, particularly younger people.  Twitter was replete with comparisons of Osama bin Laden’s death to that of Adolf Hitler (in part because of a quirky historical coincidence regarding May 1st), and the celebration of Bin Laden’s death to V-J Day.  Anyone who thinks our current military operations or the destruction brought about by al-Qaeda are comparable to the events of World War II should cease all present leisure activities in order to find the time to read a book on the second World War.  Or, failing that, watch the History Channel for no less than fifteen minutes.

Despite these concerns, I understand the symbolism and significance of this achievement by the American government, and, more to the point, our military and intelligence communities.  This is an important moment of closure for many people.  This is an important moment of triumph for the personnel who have worked diligently for nearly a decade to carry out this task on behalf of a grateful nation.

Having said all of the above, I hope that our respective responses to the news of the past few hours are tempered by the knowledge that there is much work yet to be done.