1. The importance of striking a balance between work life and personal life.

2. Maintaining civility within the practice of law.

The same attorney who stands before a gathering of a Young Lawyer Conference and says that attorneys must remember to keep their work lives in perspective and make time for hobbies and interests wouldn’t hesitate to fire any associate who chronically left the office at 5:00 o’clock to play beer league softball or take improv classes.

And that lawyer who writes the piece stressing civility towards his fellow practitioner might be first in line to embed passive-aggressive asides in his correspondence with you if you ever have the misfortune of being on the opposite side of the negotiating table or courtroom.

Not all of the messengers are disingenuous.  Some trumpet these themes because they’ve observed the same professional mores I and many others have.  Some are merely oblivious to the contradiction.  They fail to take notice of the fact that their behavior is at odds with their stated philosophy.

I do believe that there are a few, however, who say or write such things for public consumption because they suspect these to be the most beneficial to their own image, despite the fact that it does not reflect the reality of their conduct or their core beliefs about the profession.  I wouldn’t be the first to point out that the transition from law to politics is often silky-smooth.

Saying that “lawyers are assholes” is an oversimplification.  And probably an unfair one at that.  The vast majority of attorneys aren’t difficult people.  But lawyer jokes and stereotypical reputations didn’t materialize out of thin air, either.  I would describe it thusly: Lawyers, as a group, possess traits that are positive in some contexts, but do these same attorneys a disservice when those characteristics migrate from the specific environments in which they’re helpful.  Those traits might include things like tenacity, self-importance, and being extremely particular about minutiae.  So, describing a “typical” lawyer as an asshole would be as imprecise as criticizing a bird for being extremely slow on the basis that it doesn’t walk very well. 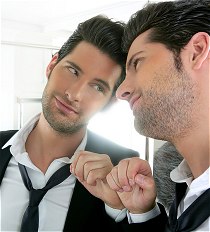 Lawyers are generally terrible at keeping the importance of their work in the proper perspective.  Not only have I dealt with this on a personal level, but friends of mine who work in the paralegal or document services industries have no shortage of stories about attorneys at large firms who think nothing of making sudden requests for work at all hours of the day or night, weekends and holidays notwithstanding, despite the fact that the work might only be “important” insofar as it saves a billion-dollar company a few thousand bucks over the course of a year.

I’m not saying that this isn’t significant work by some standard.  It’s simply that the relative unimportance of the work escapes many attorneys who behave as if what they do is of the highest value to society.  More often than not, this feeling doesn’t even manifest itself as pretentiousness.  Its less-virulent strain is closer to compulsion than arrogance: A committed belief that certain doom awaits if they leave the office before the boss does.

The problem is that, no matter how many times they’re told that they need to pump the brakes when it comes to plowing through 15-hour days or obsessing over minor details, most lawyers will continue to do just that.  Why?  Reasons vary.  It might be pressure to maintain a certain lifestyle.  It might be the simple desire to impress a superior.  It could be (possibly justified) paranoia about losing one’s job.

Whatever it is, it goes beyond a basic devotion to diligence or pride in one’s work.  I have both of those things.  I did not have the requisite affinity for status or the ability to attach an inflated sense of meaning to negotiating leases or drafting discovery documents.  For better or worse, I at least figured that much out while still in law school, allowing me to bypass the big firm pitfalls that befell some of my Law Review cohorts.[2]

I realized fairly quickly that the day-to-day routine of a typical attorney was something in which I could never invest fully for more than 40 hours a week.  That’s problematic in an industry that expects 60-to-80-hour weeks.

Unless, of course, you’re comfortable not using your law license in a traditional way.

Even with all of that in mind, I never cease to be amazed at the disconnect between what lawyers tell other lawyers outside of their firms, and what they expect of their employees within those walls.  Whatever that phenomenon is, it isn’t going anywhere.

And, I suppose, this piece criticizing attorneys who suggest that attorneys need to take a step back and keep things in perspective became precisely such a suggestion.

[1] I’m speaking here of non-subject-matter-specific lectures or magazines.  I’m obviously not suggesting that CLEs I attend devolve into a talk on spending time with your kids.

[2] Subtly mentioning in passing that I made Law Review?  Nailed it!  (Maybe I do have some lawyer in me after all)

2 Responses to Oh, Those Lawyers