The future of the Office and 30 Rock is still in doubt, although both may be moving toward official renewals. Both also may wind up knowing going in that next season will be their last. 30 Rock moves along a major plot point tonight with the return of Avery Jessup. Meanwhile, the corporate structure at Dunder Mifflin may be in for a shakeup thanks to a resurgent David Wallace.

All of that remains to be seen. On the SitCombat front, the Office put together a strong episode that toppled 30 Rock from the perch upon which it sat for an unprecedented nine consecutive weeks. Will the Office be able to start a streak of its own by continuing with a strong final run of episodes? Or will 30 Rock return to form and reclaim the crown from its fellow NBC series?

Tonight’s Episode: Jack suspects Avery wasn’t faithful after she makes her long-awaited return from imprisonment in North Korea, Jenna struggles to find a sponsor for her wedding due to accent issues, and Liz and Criss

Good Stuff: Korean meat? Deflated kickballs . . . “At my age, we may have to get an Asian plant, or accept an older plant with some behavioral issues” . . . “A wedding is a simple and beautiful ceremony, where an old man and a crying girl get pushed into the coupling shed” . . . “It’s only a dream wedding?  Thank God!  I did NOT want to attend!” . . . Jack googling Scott Scottsman . . . “I didn’t wear your nightgowns. If they seem stretched out, it’s because you’re remembering wrong” . . . “I’ve been writing a sex column for Cosmo.  Cosmo is my fourteen-year-old neighbor.  He doesn’t know ANYTHING” . . . Liz calls French kissing “French-Canadian kissing” when it bums everyone out . . . Ok, the Kim-Jong Un footage of him winning the NBA title included the following: Un playing one-on-five; His five opponents all wearing what appeared to be Kobe Bryant masks; Un ignoring basic basketball rules; Un using a ladder to dunk . . . Liz treating Criss like a 50’s housewife . . . CrissPoints, including points for “talking to neighbors so I don’t have to,” “listening to me describe my dream,” “absolute silence during Celebrity Apprentice,” and “enthusiasm for CrissPoints system” . . . CrissPoints rewards include “Dinner Out” (10 points), “Liz will wear silk undertrunks” (30 points), and “Food sharing” (300 points) . . . “It is avan with acar engine, Liz!” . . . “It’s stressingyou out? Of course, because you’re the person who has tokrang that plant for nine months,poop it, and then go back to work to support both of you!” . . . By the way, Ithink that “Krang” line was a Teenage Mutant Ninja Turtles reference (see pic at bottom), but I’m not sure.  I suspect that Tina Fey didn’t write that particular joke if so. Seems more like a bit crafted by the fictional Frank Rositano . . . “I once did a hundred takes and still couldn’t say the word ‘incorrigible.’  Great!  NOW I get it!  Siri!  Bring Jessica Tandy back to life!” . . . “I have someone inside me, too…it’s a bath toy of a scuba diver” . . . Liz’s one-hour pop culture rap being shut down after five seconds . . . Greta Van Susteren eats hot dogs like Slimer . . . Mayor BOOmberg . . . off-brandheelz.com

Non-good Stuff: The “Oh thank you, they’re from Italy” joke from Jack was very reminiscent of a bunch of Jenna jokes from this season.  That’s basically all I’ve got this week.

Overall: The best moments weren’t as great as those from a couple of episodes this season, but there were no real weak spots (I had to stretch to come up with any non-good stuff).  That’s not to say there weren’t some hilarious lines and bits.  This was a very consistent, well-written episode.  I sometimes complain when all of the supporting players aren’t used, but I can’t argue with the results in this case.  And all three plots worked well.  The only one that didn’t lead to a definitive conclusion was Liz / Criss, but I suspect that was by design.  Great episode.

Good Stuff: “He’s searching out younger gays” . . . “It gets better, but is also gets vastly more complicated” . . . “That guy? He looks just like you!” . . . The tear-a-way velcro suit prank . . . “Now he’s trying to get me to bring my children into work. I think it’s fair to be cautious” . . . I liked Andy faking being desperate and broke . . . Dwight trying to get Angela’s baby’s DNA . . . Andy eating the soup off of his sleeve . . . “You really think she’s going to leave a guy who owns his own restaurant for a dude who ate his own restaurant?” . . . Ok, I have to admit, “Happy Birthday to Gabe!” might have been the hardest I laughed at either show this week . . . Ryan’s sign saying he’ll wait for Kelly forever, and the follow-up sign a few minutes later wherein he wants to meet up with a blonde in a “missed connection” scenario . . . Robert lamenting the inclusion of cocoanut flavoring in the energy drink . . . “I’m Bob.  Bob Kazimakis” . . . “How dare you play the Bard card!” . . . Robert leaving to become a mentor for college-aged European gymnasts.

Non-good Stuff: Angela wouldn’t notice the change in license number of a car she’s been following for several minutes? . . . Why, oh, why would Andy hire Nellie back? Especially in a terrible non-useful capacity? Very contrived, and not a welcome turn of events.

Line(s) of the Night:
DARRYL: (After tasting energy drink) “What flavor is that?”
ASIAN WAREHOUSE WORKER: “Coconut penis.”
DARRYL: “The coconut is . . . pretty subtle.”

Overall: Comedy-wise, this was a solid show. I really enjoyed the use of Gabe, including a quasi-meta joke about how everyone hates him. This is an example of a character I don’t like being used in a way that turns his comedic impact into a positive. Great writing there. Unfortunately, the writers will have to work really hard to keep Nellie in the mix in a way that adds to the show. That brings me to the plot development aspect of this episode. In short, a mixed bag. David Wallace taking over, cutting away the “Sabre” element entirely, happened far more quickly than I suspected. The literal removal of the Sabre sign dripped with not-so-subtle symbolism. I might have an issue with the abruptness of this turn of events were they not so welcome. The big negative I saw was obviously contriving a way to keep Nellie around. Aside from the fact that it’s implausible, I don’t think it helps the show. This wasn’t a bad episode overall, though. The last two have been a major step up from the slump the show had been in during the prior couple of months. 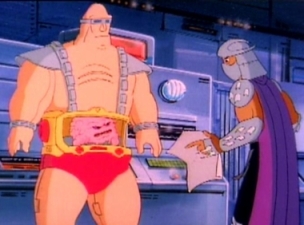 Final Thoughts: The Office writers are clearly laying groundwork for a series overhaul. That overhaul may wind up simply being a return to basics with a few different characters in the mix (and some old ones gone). Andy seems entrenched now, but, as with most things, that could change. The show seems to have a renewed direction at least. That’s progress. Whether it turns out to be enough to save the show remains to be seen, but I believe things are headed in the right direction for the first time in a while.

Over on 30 Rock, we got another terrific episode that was good enough to beat even a strong effort from the Office. There’s less of a sense of urgency about moving story arcs along, and I have no concerns on that front with 30 Rock. This episode’s distinguishing characteristic was that it had almost no real weaknesses. 30 Rock takes back the crown for now, but, in a shift from a month ago, SitCombat at least seems like an even fight again.