I was going to write an article on the latest Adam Carolla-themed flap.  The essay probably would have spiraled into the usual verbose piece, touching on notions of free speech and whether our desire for an equality regime has gone so far as to obscure and suppress uncomfortable truths—even when delivered as humor.

But then J-L Cauvin wrote this, thus preemptively rendering obsolete anything that I would have to say about the topic. 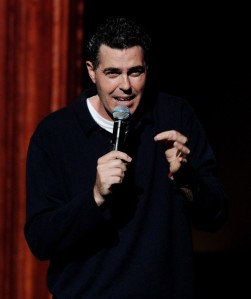 I invite anyone who’s a fan of Carolla (as I am), or anyone who has a newfound (or longstanding) hate for the Aceman to read Cauvin’s article.  In it, he brilliantly distills the two major questions related to this kerfuffle.  Namely, whether what Carolla said had any merit, and, perhaps more to the point, what the “Carolla isn’t funny / Carolla is irrelevant” line of criticism actually says about those who lobbed it (Spoiler: He is both funny and relevant).

If you care at all about what happened this week, do yourself a favor and read Cauvin’s thoughts on the topic.

In closing, I’m going to post a video that immediately came to mind when I read the first wave of anti-Carolla articles online at outlets such as the Washington Post or Salon.  The substance is certainly different, but a general point that the late, great Patrice O’Neal makes here is also relevant in this context.  Enjoy.