Those of you who have been following this site with any regularity undoubtedly know that there are many ways to interact with the Axis of Ego.  We have an e-mail account, 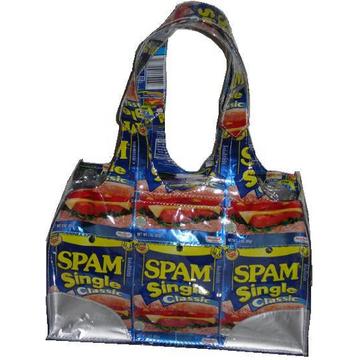 comments options on the blog itself, as well as a Twitter account that I have unapologetically promoted to no avail.*

I had anticipated one day rolling out a “reader mail” or “best of feedback” column that would run periodically.  The idea would be to present and respond to the most interesting or relevant questions from readers (in addition to my normal diligence in responding to comment threads within each post).

As we are too early on in the process to generate the volume of good feedback required for such an undertaking, I choose instead to respond to what we actually have received.  If life gives you spam, you have to make spamonade:

“I am Dr. James Kennedy, auditor-general of ABBEY NATIONAL PLC.I am soliciting your assistance as regards a certain floating funds which is to the tune of Five Million Pounds (5,000,000.00 Pounds) in this A/C 5005874BS1000 since year 2000 and after the death of the true owner of the funds Late Mr. Rakesh Gupta, an Indian who was a private business man and unfortunately lost his life in the plane crash of Union Transport Africaines Flight Boeing 727 in LONDON UNITED KINGDOM on 25th December, 2003  including his wife and only  daughter.” (via e-mail)

First of all, unfortunate for whom?  Not me!  Because I’m about to get hooked up with FIVE MILLION POUNDS!  This doesn’t say what it’s five million pounds of, but I’m sure it’s something totally awesome.
–

This is all well and good, but I don’t see what any of this has to do with a lyrical analysis of a Miley Cyrus song.
–

“Fine posting, I seriously anticipate posts by you.” (via comment)

I seriously enjoy the seriously generic nature of this serious comment.
–

“My name is Michelle Marcel the only child of my parent. During the civil and political crisis in our country, my parents were poisoned by heartless people. Fortunately for me, I was in the school when this tragedy took place to my family. I was in coma for almost two weeks. But I thank the almighty God because I never knew that I could support the shock of losing almost my family” (via e-mail)

What I like about your plea is that it never makes it clear which country it is that’s embroiled in a civil and political crisis.  But it’s apparently the one that involves poisoning and subsequent second-hand comas.  Best of luck in your future endeavors.
–

“Atonement is a doctrine that describes how human beings can be reconciled to God. , dark sensual graphics for myspace.” (via comment)

See, you tried to sucker me in with the hope of eternal life and/or spiritual enlightenment, but then you instead supplied a link for “sensual graphics.”  But your real mistake was claiming the graphics were for Myspace.  Myspace?!?  Clearly, your sales pitch hasn’t been updated since 2007.
–

Starting off by politely asking how I am is a genius move.  Your courtesy lowers my defenses and sets me up for the hard sell.  Unfortunately, the hard sell is also an incoherent sell.  But, whatever, I’ll take 50.  Please consult with Dr. James Kennedy for payment on my behalf.

*We’re currently up to a mere 57 followers.  Come on, people!