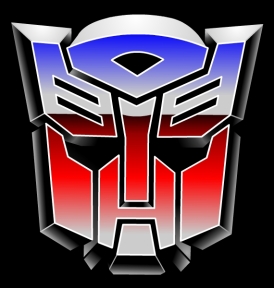 I recently helped my mom prepare for a yard sale by going to her house and sifting through my childhood toys so that she could label and group them more accurately.  As an only child in a middle-class family, I had a fairly substantial collection growing up: G. I. Joe, Transformers, and, to a lesser extent, Voltron, Thundercats, Silverhawks, Wheeled Warriors, Visionaries, M.A.S.K., Micro Machines, and more.  My cache of Masters of the Universe figures was particularly impressive, especially considering I had barely achieved sentience by the time MOTU reached the height of its popularity.

The lack of attachment I had to these items surprised me a little.  My only brief hesitation in letting my mom sell them was the idea that we could get much more money for them by going the eBay route, especially for some of the Star Wars toys.  After weighing the amount of work involved in conducting online auctions versus the relatively-modest payoff, I decided that the “juice” wasn’t worth the “squeeze.”

I think I was totally at peace with letting the various plastic weapons, musclebound warriors, and outlandish vehicles go forever because I knew that those toys had all served their respective purposes long ago: I played with them for a few years, enjoyed them to the fullest extent possible, then willingly put them aside when I moved on to more mature pursuits, like football and  video games.

I did want to keep just one as a last vestige of that part of my life.  Two hours of sorting gave me time to reflect on the entire lot and made the choice obvious.  This is what I picked: 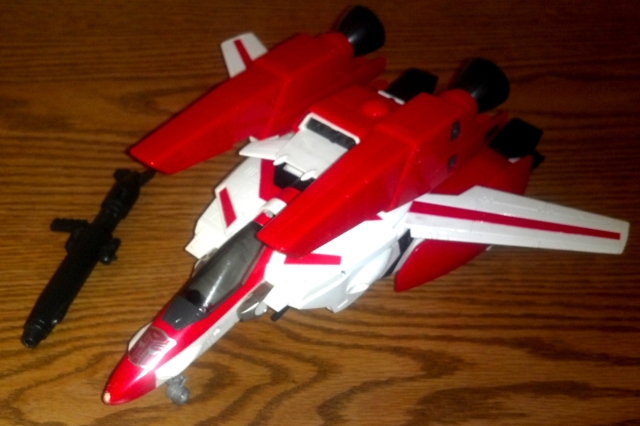 The story of Jetfire is actually rather fascinating and surprisingly complex.  Intellectual property and patent nerds are likely familiar with it, but the short version is that most of the early Transformers were holdover designs from earlier Japanese toy lines made by a company called Takara and repurposed by Hasbro.  The design for the Jetfire toy didn’t come from Takara.  Instead, a different company called Takatoku designed a toy for the Macross (Robotech) series.  This toy eventually became Jetfire.  Briefly.

When Macross experienced a powerful resurgence in popularity among anime geeks around the time that Hasbro released what they called “Jetfire,” Bandai (which bought Takatoku) decided it wanted to use the design again, putting the kibosh on Hasbro’s efforts.  This led to the character being called “Starfire” on the Transformers TV show in order to distinguish it somehow from the now-legally-questionable action figure.

The unusual origin of Jetfire is also the reason why the toy is so much more impressive than most of the fun-but-cheap Transformers action figures (see also Shockwave).  Jetfire’s torso and legs are largely made of metal, not plastic, and his joints are articulated in ways that make the rest of the contemporary toy line seem primitive.  Only a few toys were even close to Jetfire in terms of sophistication, including the now wildly-inappropriate Megatron, but none could match it.

Jetfire also prompts me to remember just how badly I wanted that particular toy in 1985.  For the reasons stated above, Jetfire was much more expensive than the average Transformer.  This wasn’t something I could obtain via sofa cushion change.  I had to lobby my mom vigorously for what seemed like months to my seven-year-old mind (but was probably more like a week or two).

We were also in the “off-season” for gifts.  That meant I had to get creative.

I begged and begged until I finally sealed the deal in my favor thanks to the unprecedented tactic of promising to reimburse her for the purchase.  As my mom reminds me any time the topic of Jetfire comes up (surprisingly often of late), I never paid her back.

The purchase price was only about $40 or $50 if I recall correctly, but that was a king’s ransom for a toy in 1985.  In my defense, my mom should have known better than to loan funds to me.  Desperate seven-year-olds make for high-risk debtors.

I couldn’t have made a better choice to be the sole survivor of a treasury of forgotten childhood artifacts.

3 Responses to The Last Toy