Two and a Half Memo 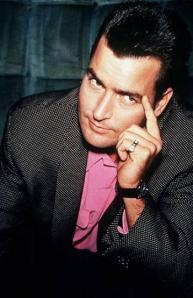 The news this week that Charlie Sheen had once again endured a run-in with a hernia prompted CBS to take swift, internal action related to Sheen’s hit television show, Two and a Half Men.   The cash cow sitcom generates an amazing $3.1 million per episode in advertising revenue alone, a staggering figure in a modern media environment marked by audiences fragmented into paper-thin slivers.  With the importance of the centerpiece show in mind, CBS circulated a memo concerning the future of the series to senior staff members of Two and a Half Men.

Fortunately, The Axis of Ego has obtained a copy of this memo.

Everyone here who is a part of the Two and a Half Men team, from the executives to the crew, has questions about the future of our show.

We want to put any immediate fears to rest.

Because we’ll be talking about both Charlie Sheen and the character he plays (who is also named Charlie, per the language in the boilerplate Tony Danza Clause in his contract), we’ll distinguish where necessary for proper context.

Our top concern was, is, and always will be actor Charlie’s health.  The good news is that, barring any additional setbacks, he’ll be able to return to work in a matter of months, if not weeks.

Until that time, we ask that you observe our standard “Sheen Protocol” in reference to revealing any information about any on-set or production office activities.  Please pass this word down the chain of command, reminding your subordinates that failure to follow our mandate will, as always, result in termination.  If they have any questions about specific guidelines, please refer them to the memos of March 15, 2005,  December 1, 2006,  Spring Break 2008,  December 27, 2009,  February 10, 2010, and October 27, 2010.

As much as we all care about actor Charlie and hope and pray for the best, we must make some difficult and realistic decisions based on the pattern of behavior exhibited by him during the run of our beloved show.

That leads us to outline this strategic approach for the future:

1. We’ll be implementing a “closed set” for the remainder of the run of the series.  See above for confidentiality requirements.

2. All of the following are now banned from the set, as well as the studio grounds:

To be honest, this policy should have been in place years ago.  We apologize for any inconvenience caused by not implementing it sooner.

3. We’re prepared to modify our shooting schedule to facilitate location filming at any rehab clinic, halfway house, or jail in which actor Charlie is staying at the time.  This also applies to shooting at actor Charlie’s mansion in the event he’s placed under house arrest.  Show-runners: Make sure you notify the writing staff at once to be prepared to write a four-to-ten-episode story arc in which character Charlie has been comically framed for a hilarious murder.  Once actor Charlie is released from custody, we will resume on-set shooting as per normal.

4. Should this plan prove impossible, we will obtain the rights to use clips from actor Charlie’s earlier, popular film work, and incorporate them into storylines as “flashbacks.”  Again, provide a heads-up to the writing staff, so they can begin to flesh out a backstory for character Charlie’s experiences as a professional baseball player, an infantryman in Vietnam, a wunderkind stockbroker, a smart-mouthed garbage man, and/or a “regulator” in the Lincoln County War of 1877.

5. In the event that actor Charlie (God forbid) passes away while the show is still in production, his contract specifies that his corpse will become the property of Warner Bros. Television, as will any intellectual property arising from or in connection to said corpse.  We will then make a stylistic transition to the show while using a subtle form of animatronics coupled with heavy use of edited, looped lines of actor Charlie’s dialogue from old episodes.  Without going into specifics, think “Weekend at Bernie’s” meets “Lancelot Link, Secret Chimp,” except 5-to-7% funnier.  Given the number of jobs involved and amount of revenue in play, we have no alternative but to keep production going through the remaining two ordered seasons.  Payroll department: Should this contingency be triggered, make sure you reroute direct deposit of actor Charlie’s salary into his estate account.

Let’s all work together to continue to make a quality television show we can all be proud of, just as we’ve been doing since 2003.

This entry was posted in Commentary, Television and tagged Charlie Sheen, Humor, Sitcoms, Television, Train Wrecks, TV, Two and a Half Men. Bookmark the permalink.

3 Responses to Two and a Half Memo