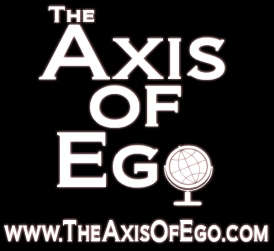 The end of each of the last few years has brought with it a lamentation that I don’t write as much for this blog as I once did.  Unsurprisingly, that trend has continued in 2018.

Not to belabor the point, but: When I began this blog in 2011, I divided my attention between a part-time sportswriting gig and a mind-numbing “career” as a contract attorney.  As I wound down my tenure at VirginiaPreps, this blog provided a much-needed outlet for (1) things I couldn’t write for that audience and (2) an almost therapeutic exercise necessitated by the insanity-inducing contract work, which utilized no creative energy whatsoever.

Now, I have a much different job.  One that is not only time-consuming, but which also (thankfully) affords me a target at which I may focus those creative energies.  I freely admit that the blog has necessarily suffered as a result.

But that’s no excuse.  I still find tens of hours a month to watch movies or play Red Dead Redemption 2 or catch up on DVR-ed seasons of TV shows that I still watch for reasons that have as much to do with the sunk-cost fallacy as any genuine interest.  On top of that, I also still find the time to generate a weekly column at Hogs Haven.  Put simply, saying that I have “no time” to write for this blog simply isn’t true.

Because of that reality, here is my vow for 2019: Barring infirmity or an unforeseen change-of-circumstance (such as the total collapse of the American or global economy, just to pull an example out of thin air), I will create at least 24 pieces of original content for this blog.  Minimum.  They may not publish on a regular schedule, but I will average at least two per month for the year.

Part of the reason I don’t write more is that I usually reserve this blog for longer-form pieces that I know are time-consuming.  That creates a self-imposed, mental barrier to entry.  In other words, I may have a good idea for a piece, but I’ll think, “Ok, this needs to publish in the next 48 hours due to timeliness, but it will probably take six-to-eight hours to write and edit it.”

If that thought strikes me on, say, a Tuesday, I normally won’t end up writing the piece, because I won’t think I’ll have enough time to do so due to work and sleep requirements.  If the thought strikes me on a Friday or Saturday, I’ll think that I would rather just take a break and watch a movie because of all the hard work I put in Monday through Friday.  And so on.

It’s a cycle, and one I need to break.  It really isn’t that hard to do.  I just need to stop rationalizing.

In the Palm of God’s Hand (6/7) – My tribute to our recently-departed friend, Bacon.  Six thousand words seems inadequate in some sense, but I do think this captures what he meant to my family.

An Embarrassment of Riches (12/27) – Speaking of tributes, I think this paean to Bruce Allen and Dan Snyder does the Redskins’ leadership duo justice.  And then some.  Via Hogs Haven.

That’s about it.  I wrote some other stuff this year, but that’s a good sampling.  As ever, I want to express my sincere thanks to anyone who took the time to read something I wrote this year or any other.  And, again, I vow that I will hit that publication mark in 2019.  Let’s check back in 365 days and see how I did.