This is How You Heel 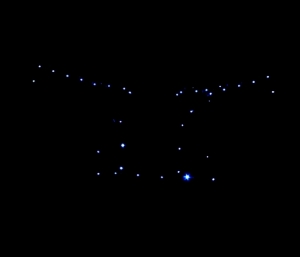 Three weeks ago, I discussed the looming problem the WWE has in light of its use of heels with face-like qualities.  Summarizing, the WWE has embraced the “smart” reaction to effective heels, essentially turning any heel who gets over into a confusing quasi-face.  This creates storytelling difficulties, as the narrative structure begins to break down when bad guys act like good guys, and good guys are often treated like bad guys by the crowd.

After writing and publishing the article, I happened upon Sam Roberts’ interview with Chris Jericho from last fall.  I hadn’t seen it previously, but Jericho describes the essence of his latter-day heel work at the 16-minute mark.

As you’ll hear in the interview, his total commitment to the role is what stands out: Specifically, his desire for every person in the arena to hate him, his old-school insistence on selling the character at all times, and his refusal to allow WWE to sell new Jericho merchandise during that heel run.

Why?  Because he didn’t want the “smart” fans to wear his shirt or cheer him.

I said last time that I believe The Miz is the solution to this problem at present.  Playing an arrogant, anti-“smart,” Hollywood heel could get him over like no other full-time WWE wrestler is in 2014.  I would love to see him get another run at the top of the card, especially against Daniel Bryan, who represents the opposite of all of those elements.

The Miz can play the kind of heel Jericho discusses in the clip above.[1]  Whether it’s because modern performers are too “scared” to take on that kind of heel heat, or whether guys like Bray Wyatt aren’t established enough and financially secure enough (as Jericho was) to commit to a character who doesn’t want to sell t-shirts, that kind of attitude is sorely missing today.

My philosophy might be summarized as “the faces sell t-shirts, but the heels sell tickets.”  What I mean is that a great character, even in a vacuum, might sell merchandise, but it’s that well-crafted conflict that makes people want to pay to see the next chapter in the story.

A company that has run out of heels will eventually run out of conflict.

[1] Make no mistake, though.  The future belongs to someone else.  And his name is Dean.  I don’t state this lightly: Dean Ambrose’s ceiling is “rich man’s Roddy Piper.”  That’s saying a hell of a lot, but I mean it.  The current storyline with Rollins, HHH, Orton, etc, needs to play itself out.  That will probably take several months—meaning that Ambrose needs to stay face for at least that long.  But, when he does turn heel, a feud with John Cena could be a latter-day Hogan / Piper.  And I want to reiterate that I don’t say that lightly.